This is a good wide band Yagi covering the whole of the 2 metre band with an SWR figure less than 1.1 and at the same time exhibits a very good Front to Back ratio. It has a short length boom of 1.391 mtrs and therefore can be made from a single piece 1inch square tube section. No boom support will be required.

Remember, this is a short, very wide band Yagi so there is a little less gain than you could achieve from a beam with five elements. However, this antenna can be used to access your local repeater in vertical polarsation or for a bit of E's in the summer down on 144. Even sticking the back of the van and finding a nice hill somewhere is possible with this one too. With exceptional Front to Back ratio you will be in a position to null out strong local noise (such as local repeaters etc) in order to work stuff a little further a field.

The last photo in the list below shows the performance of 2 of these antennas  with one stacked 1 metre above the other. 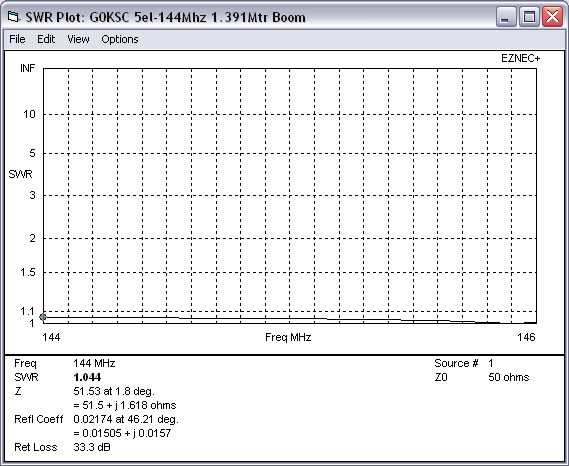 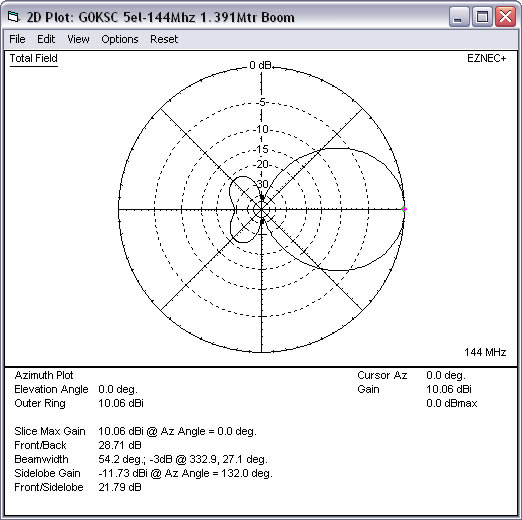 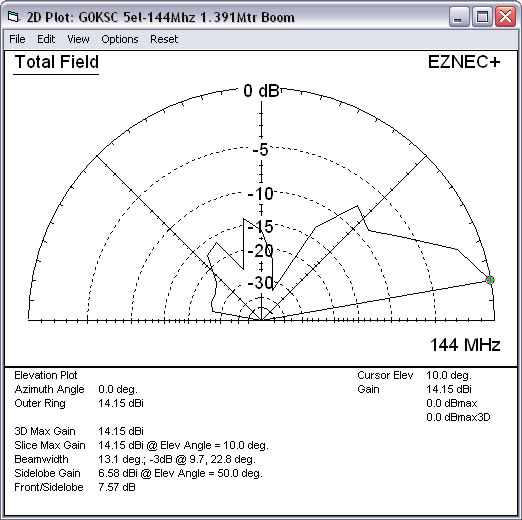 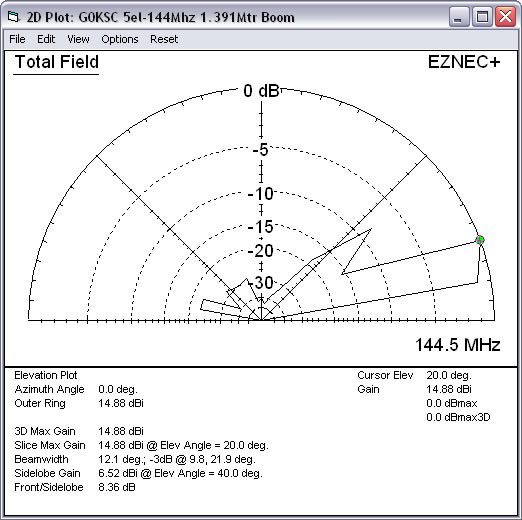 The next interesting feature is the fact none of the 70Mhz elements are physically connected to the feed point. The 70Mhz antenna is feed by it's closeness to the 50Mhz elements. i.e. the driven element of the 70Mhz Yagi sitting closely to the 50Mhz driven. It is a little more technical than that but so as the masses can understand how it works. This antenna performs as a 6 element beam on six metres and a 5 element beam on four metres. 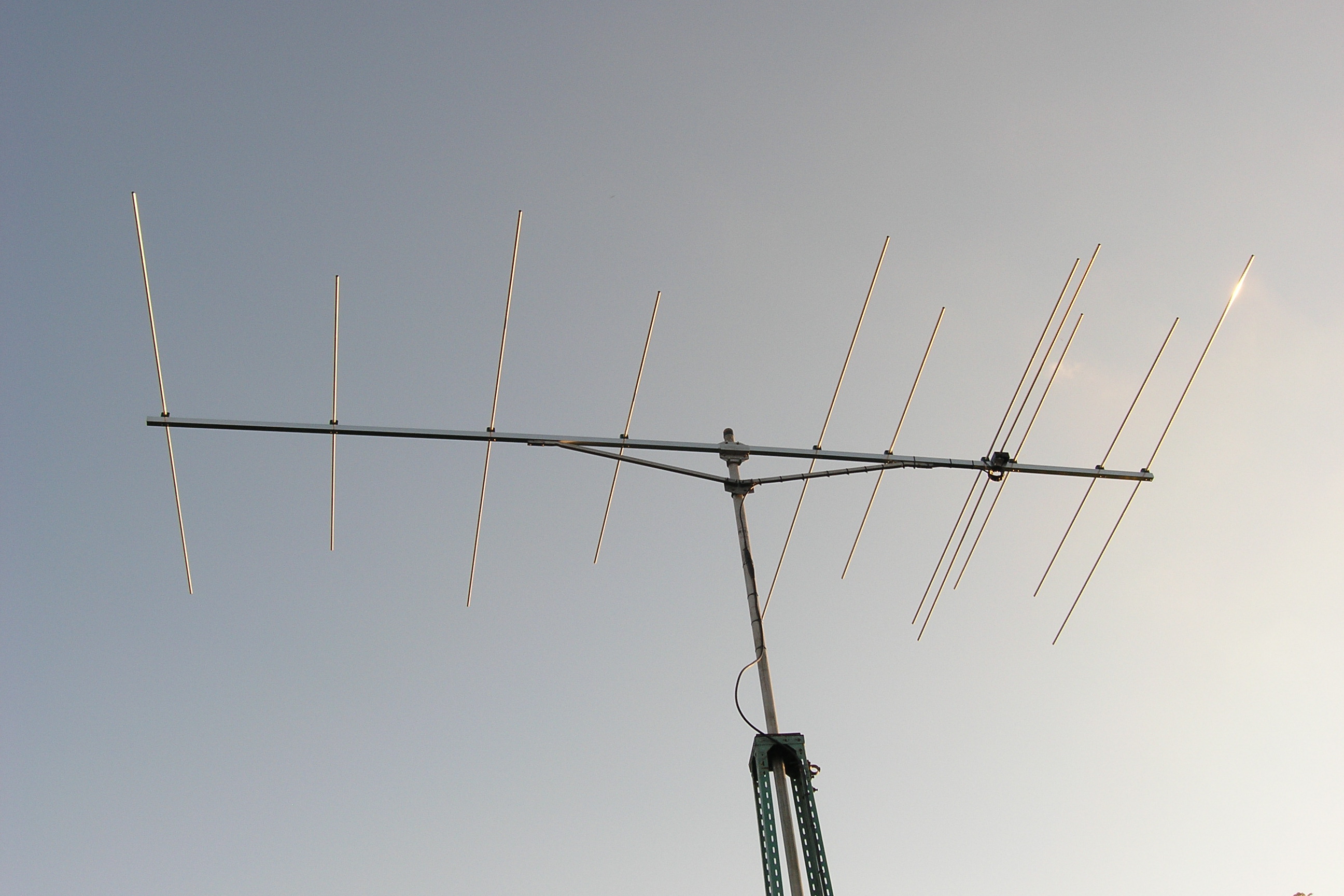 'wrk'd E4X on Sunday, cracked the pile up with 50W, was first qso with antenna on 6' 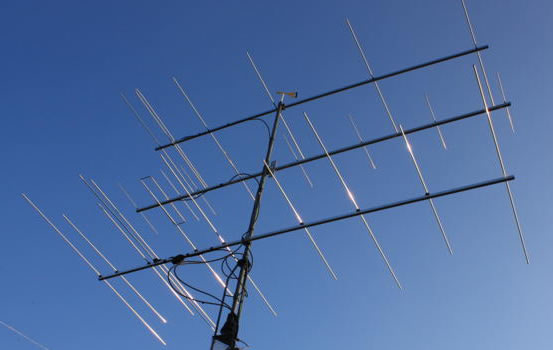 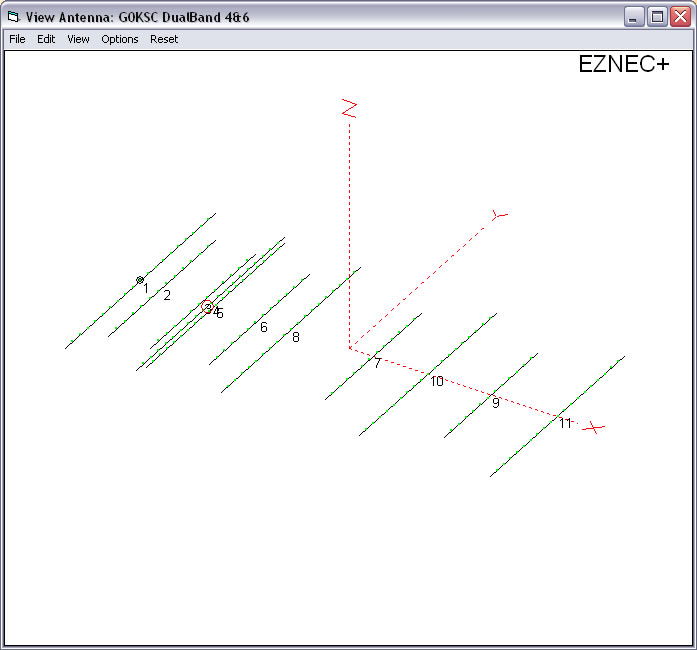 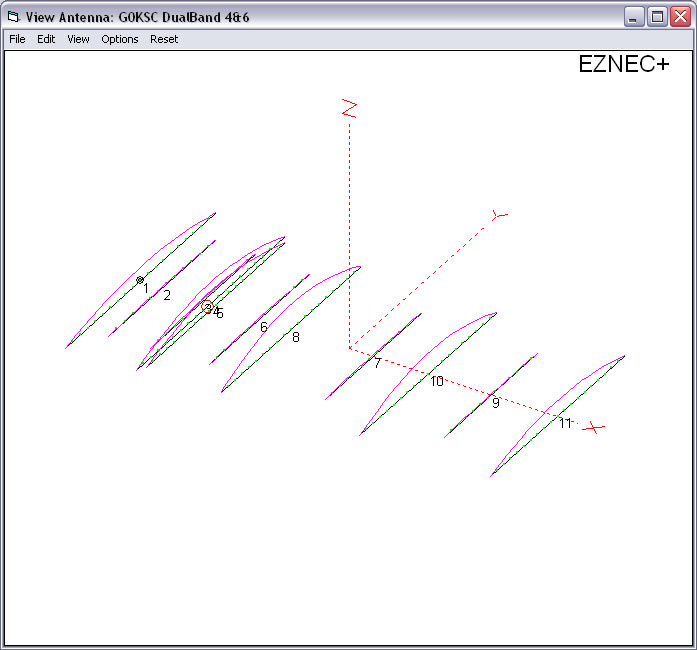 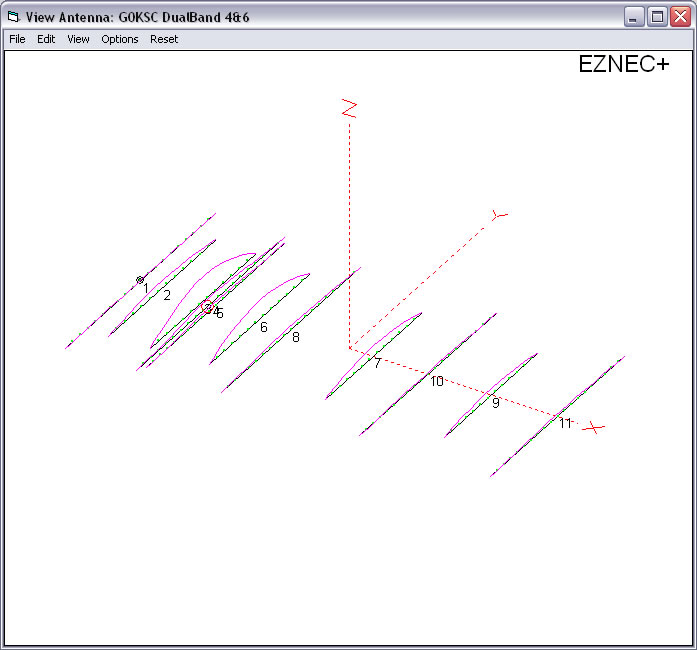 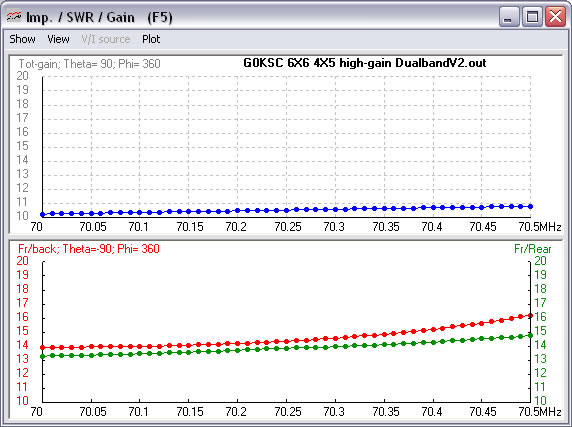 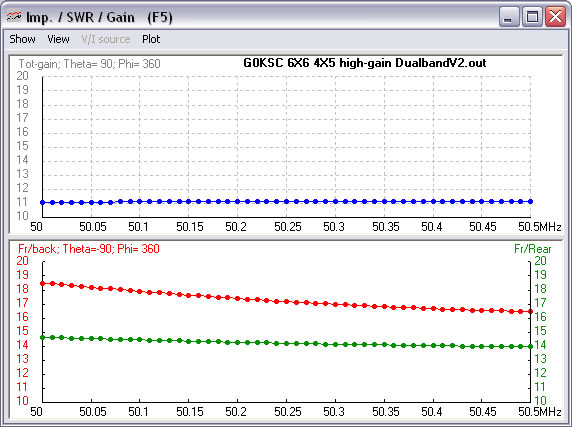 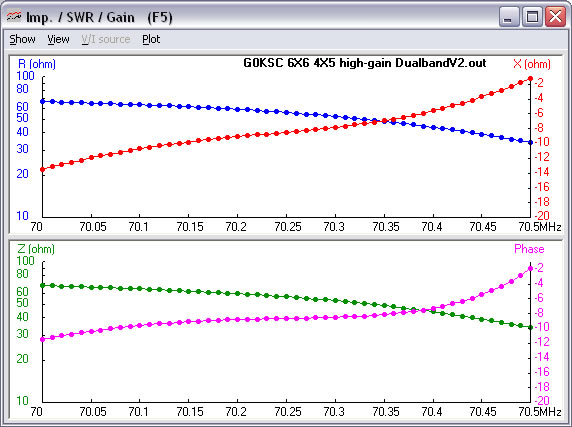 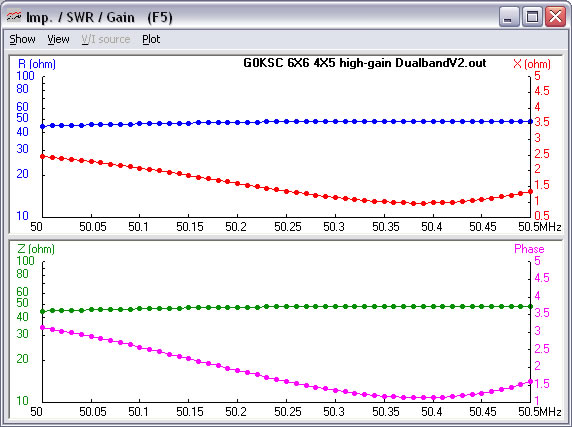 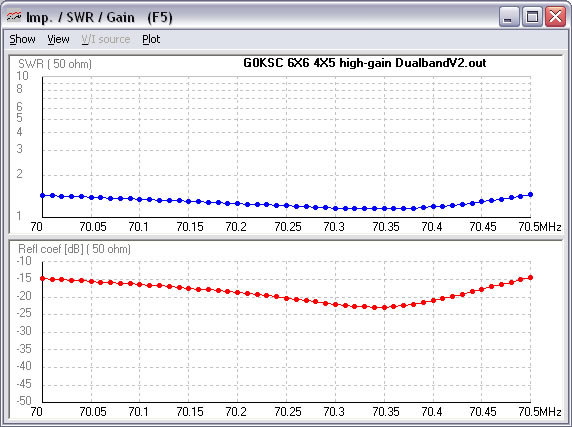 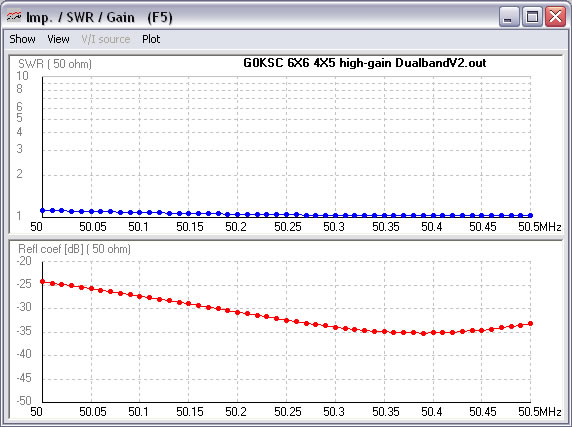 Note the radiation effeciency circled in the window below 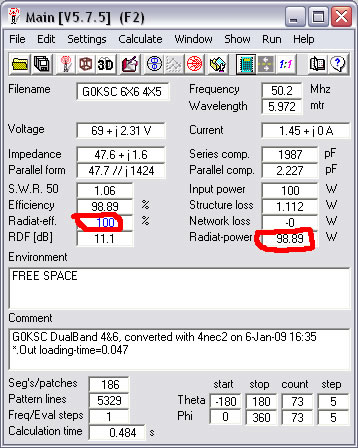 And again on 70Mhz even though there is no direct feed. 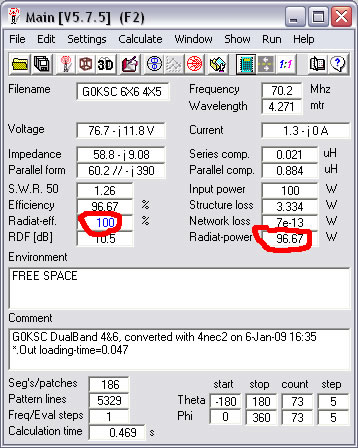 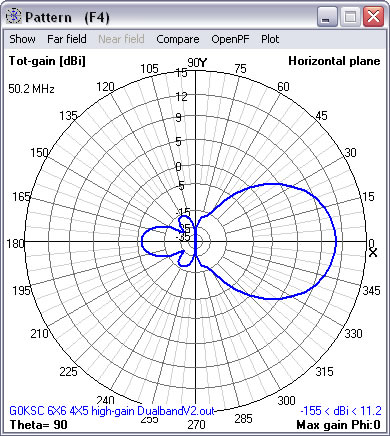 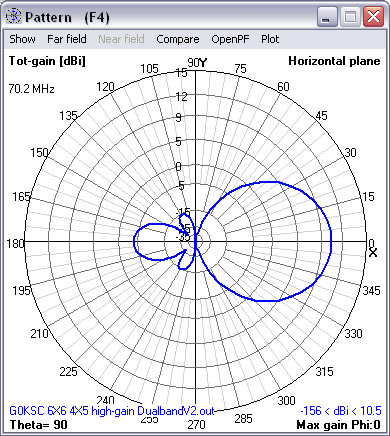