The RSGB Newark Hamfest in just a few weeks from now will see the launch (through InnovAntennas) of the next step forward in G0KSC Yagi development. Enter the LFA-R. 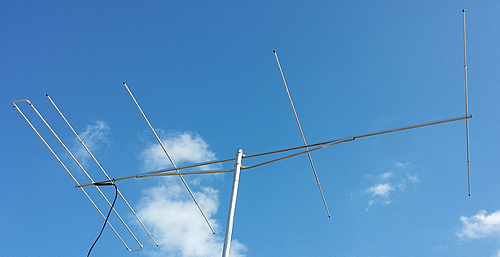 The LFA-R started form as an HF antenna, one of the many new antennas in the force 12 range. With a single flat, driven loop and one director, I was surprised just how much F/B was achieved along with excellent levels of gain too. Many element versions where not practical for HF so the experiments shifted to VHF and this is where the LFA-R really came into it's own.

The LFA-R uses a compact LFA loop at the back of the boom and has no reflector element at all. The arrangement of phase presents itself in much the same way as it does within an HB9CV. However, this loop is completely joined (or course) all the way around. Only director element follow the driven so on a 5 element version (such as the above shown example) you have 4 directors rather than the traditional 3 directors a typical Yagi would have. This, along with the driven element being moved further back on the boom that the traditional Yagi means more gain can be achieved. 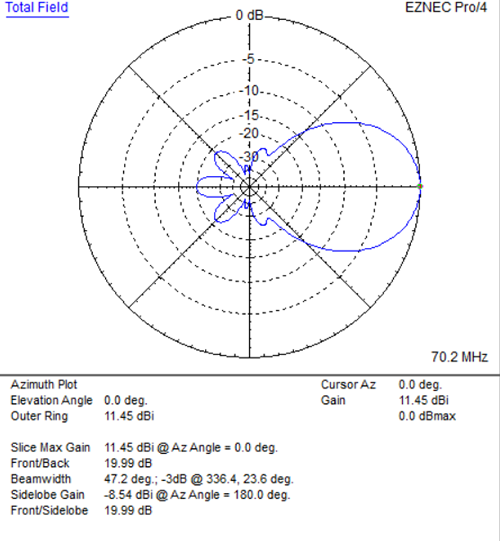 This extra performance does not come for free, the antenna has a much narrower bandwidth than you might be used to seeing with my designs. However, I have spent time on establishing non-conventional stability with the use of electrically connected elements and 'thicker' elements. Time had to be spent on establishing correction in order to replicate model but as you can see from the below software prediction and final analyser results, this has been achieved with near perfection. 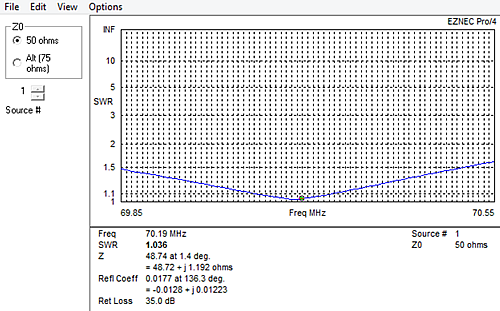 The LFA-R has been thoroughly tested too. In addition to having a 4 element 70MHz  (4R4) installed at the InnovAntennas factory this summer, other early adopters have installed LFA-R's too. CT1HZE has a 4R4 installed in Portugal (see a conversation between Joe and I on 4m with us both using 4R4's

I was using the call of M0LFA which is the InnovAntennas factory call sign and also, using just the Electraft KX3 with internal 4m transverter with only 3 Watts output!). 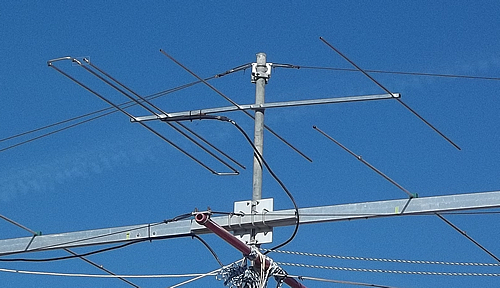 The 4R4 installed at CT1HZE above his large 6m LFA

In addition to the 4m examples, a new 6 element 6m has also been installed at several locations too. XE2X has a 6R6 for almost a year now that can be seen being installed by InnovAntennas/Force 12's own XE2K, Hector. Again, the 6m antenna really does pack a big punch for its size with around 12.2dBi on this relatively compact 6.5m long boom and yet still holds relatively respectable F/B too. 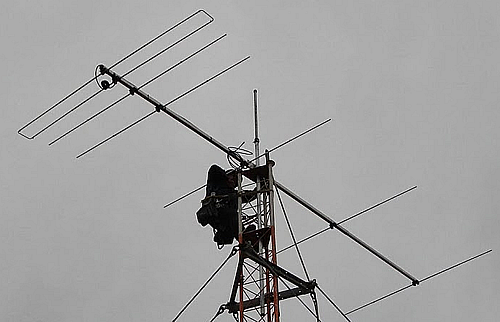 This particular version has been made very HD with VDS (Vibration Damping System) element insulators installed on a large 45mm to 38mm boom. The boom itself tapering in both OD and wall thickness too in order that a guy system is not needed. SWR remains stable throughout as the new owner XE2X Jorge, can verify. Jorge also reported this as being the best 6m antenna he has installed to date! Take a look at the performance plots below. 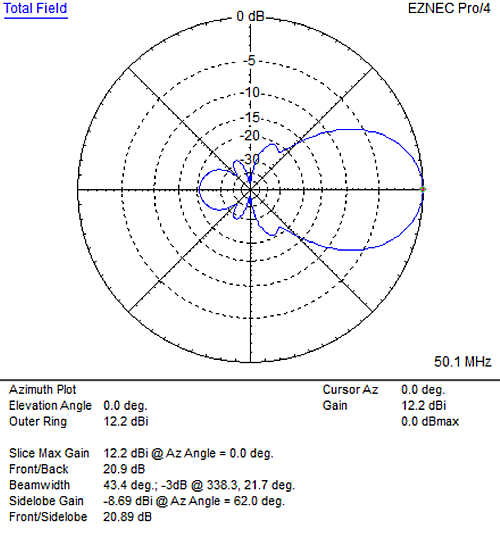 A small amount of convergence correction is needed but still almost 12.2dBi is achieved on just 6.5m of boom 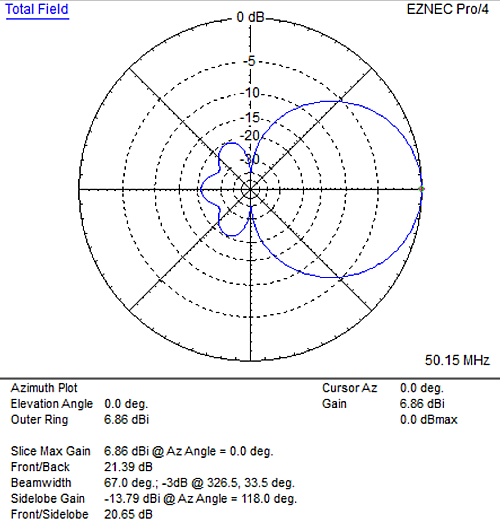 Impressive! The tiny 6R2 really packs a punch and still has great F/B too!

So, if you want to see it in the flesh, come along to the RSGB National Hamfest in a few weeks time and here we will have a number of built versions on display. Before you ask, I will publish some designs for self-build but early on these will be by personal request only, if you want to build one, let drop me a line and we can discuss the requirement together.

More detailed coverage of the LFA-R can be found in the current issue of DUBUS magazine (3/2014) www.dubus.org