This is what is known as an 'interlaced' Yagi as both a 50Mhz beam and a 70Mhz beam (there are no common elements) are interlaced and sitting on the same boom. This presents a huge advantage over beams which use common elements with traps a coils. Firstly, these traps and coils present a loss within the antennas elements. In addition, the spacing of elements is a compromise to make a 'best job' for both bands.

None of the 70Mhz elements are physically connected to the feed point. The 70Mhz antenna is feed by it's closeness to the 50Mhz elements. i.e. the driven element of the 70Mhz Yagi sitting closely to the 50Mhz driven. It is a little more technical than that but so as the masses can understand how it works. The antenna works as a 3 element beam on each band.

The image below shows how the antenna looks. The 50Mhz and 70Mhz antenna elements are easily seen apart. These images are produced with EZNEC+. The red circle indicates the point of feed for the coax connection. one feed for both bands. 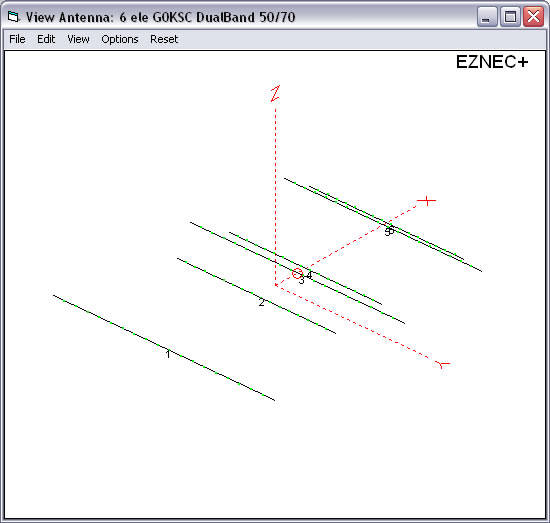 Below are two images showing current distribution through the antenna on both 50Mhz and 70Mhz. This current is represented by the line lines overlaying the elements. The higher the line is away from the element, the higher the current. Following these are performance images including plots and SWR sweeps. 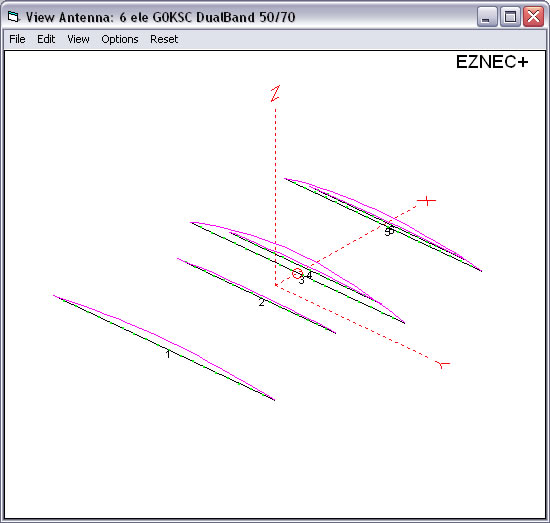 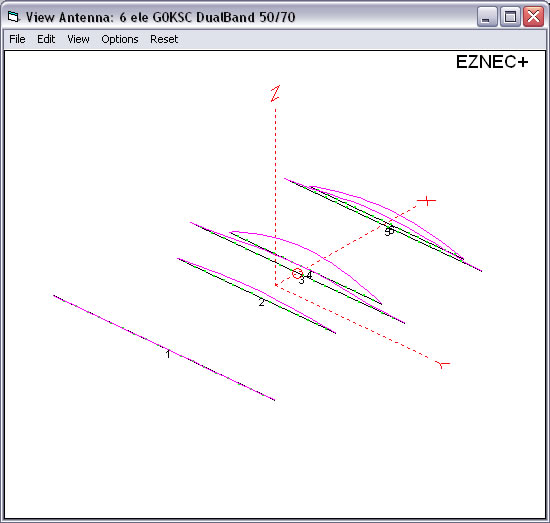 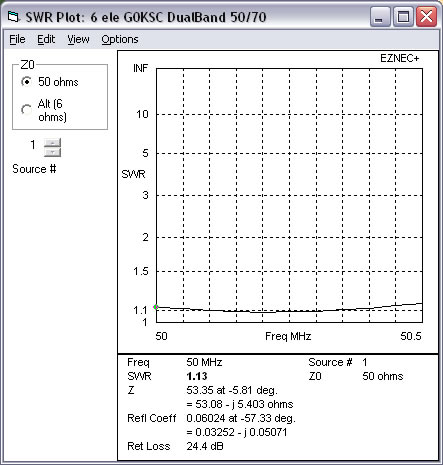 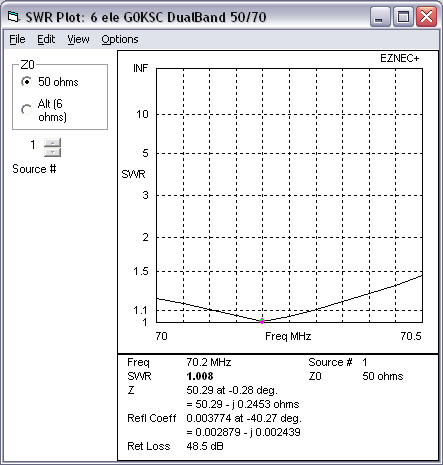 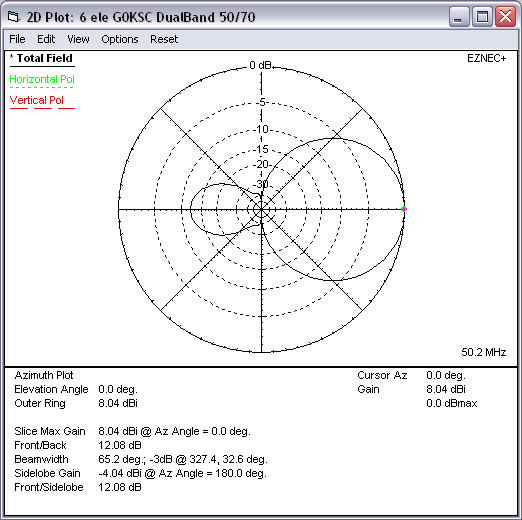 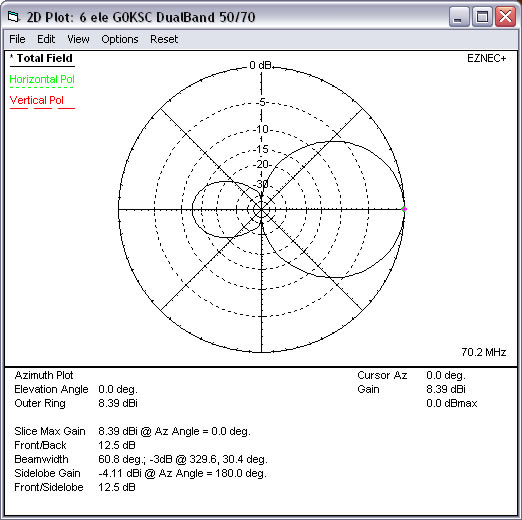