The next interesting feature is the fact none of the 70Mhz elements are physically connected to the feed point. The 70Mhz antenna is feed by it's closeness to the 50Mhz elements. i.e. the driven element of the 70Mhz Yagi sitting closely to the 50Mhz driven. It is a little more technical than that but so as the masses can understand how it works. This antenna performs as a 4 element beam on six metres and a 5 element beam on four metres.

Interlaced, single feed point Yagi's are hard to model and there is some interaction between the elements. As a result, I have had to compromise a little more than one normally would have to in order to achieve my performance directives. In this case, I have sacrificed a little Front to Back ratio in an attempt to maintain as flat an SWR curve as possible. There are a couple of reasons for doing this. One, of course is to give as much bandwidth as possible but mainly, as with all antennas on this site, if the SWR curve is wide and low, any small mistakes in sizing and spacign by the builder will not make a tremendous impact on the antennas overall performance. 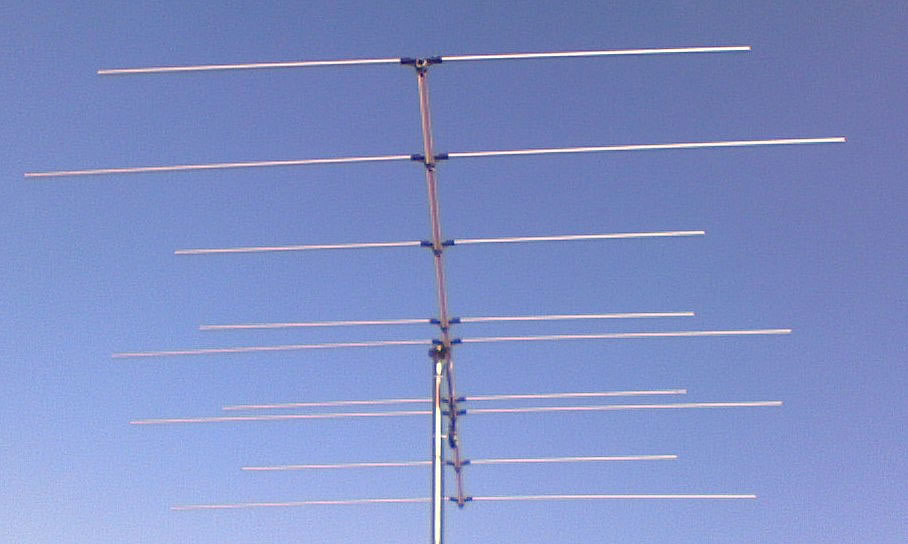 'Here some links to show the SWR curve on 6.  find the differences J' 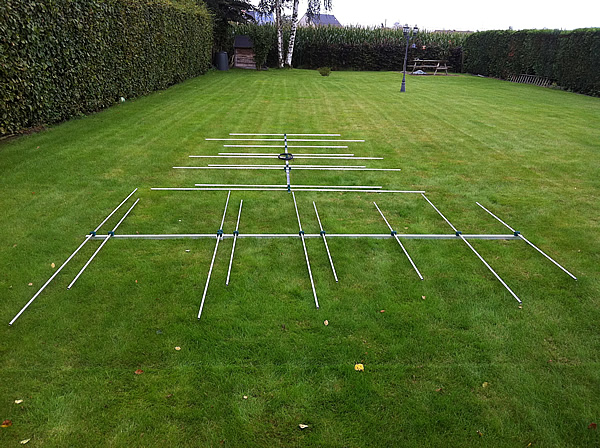 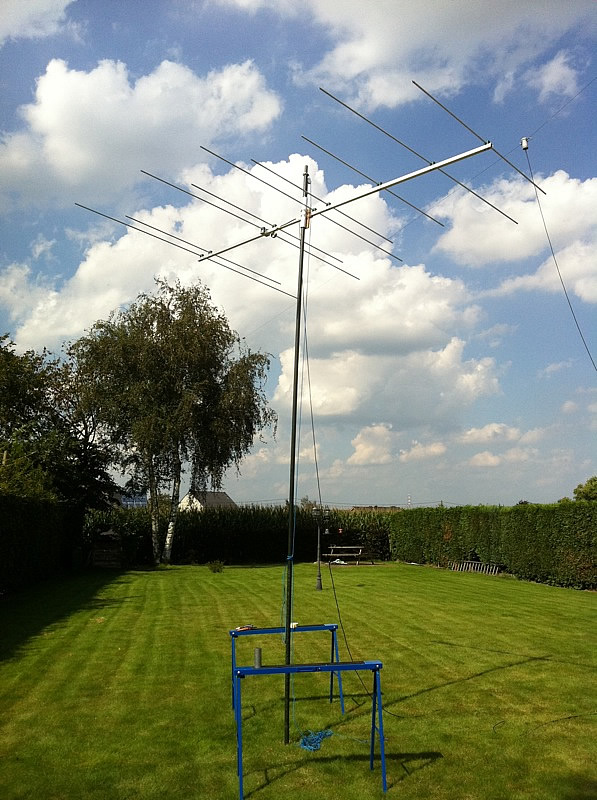 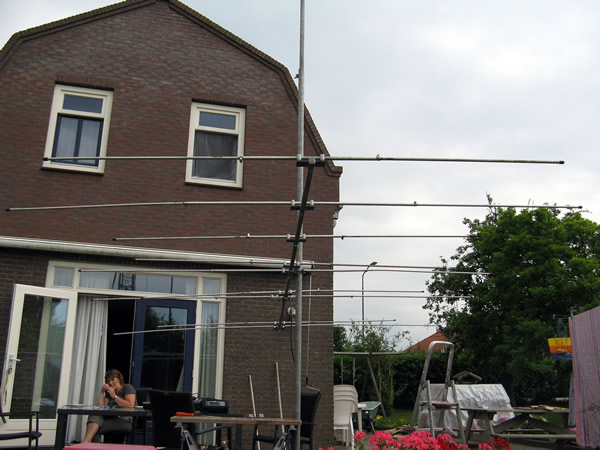 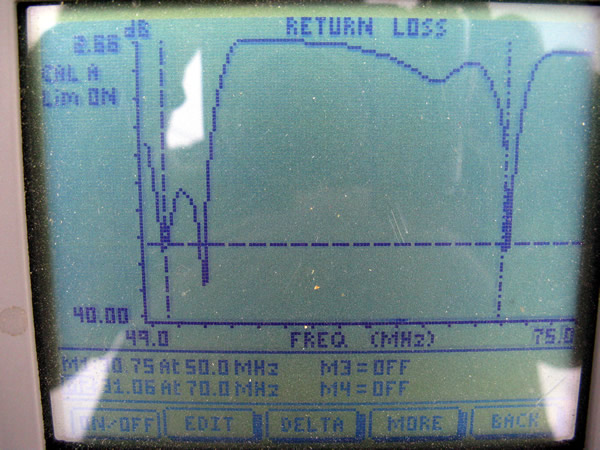 The analyser at PA2M showing 2 dips exactly where they should be; 50/70MHz 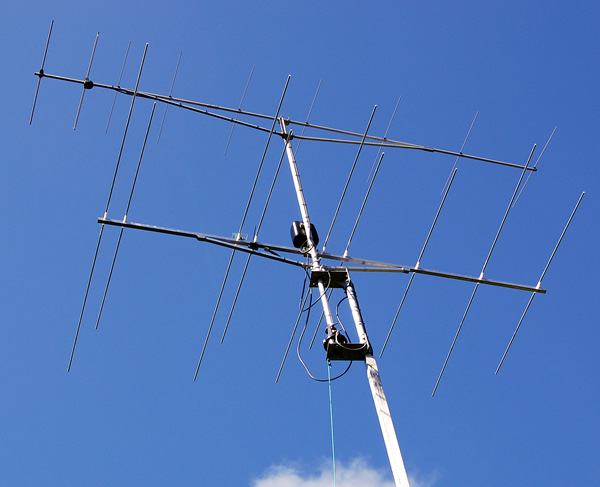 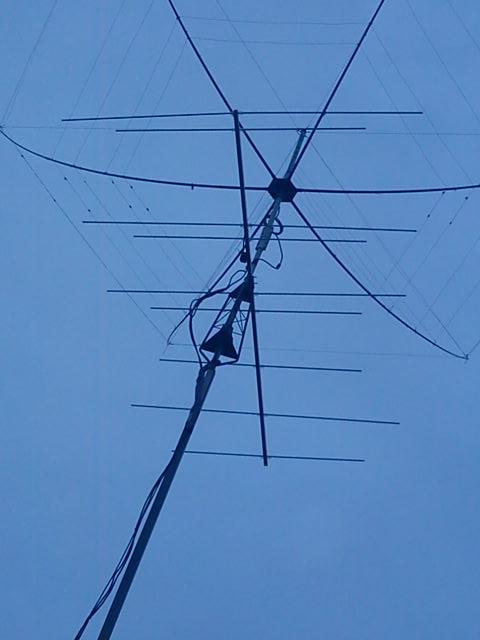 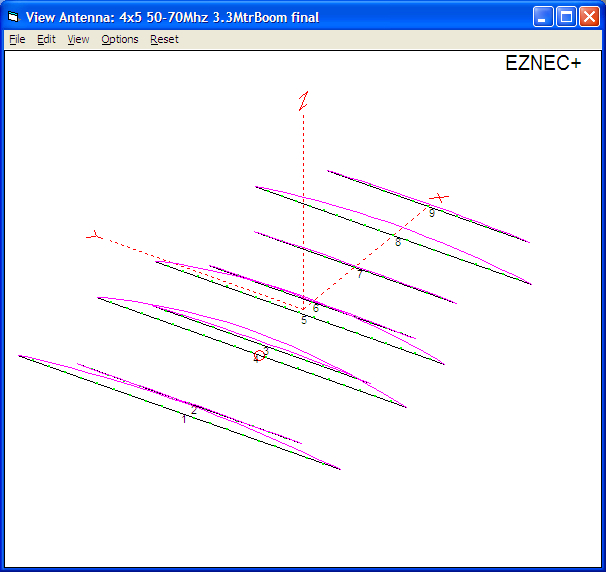 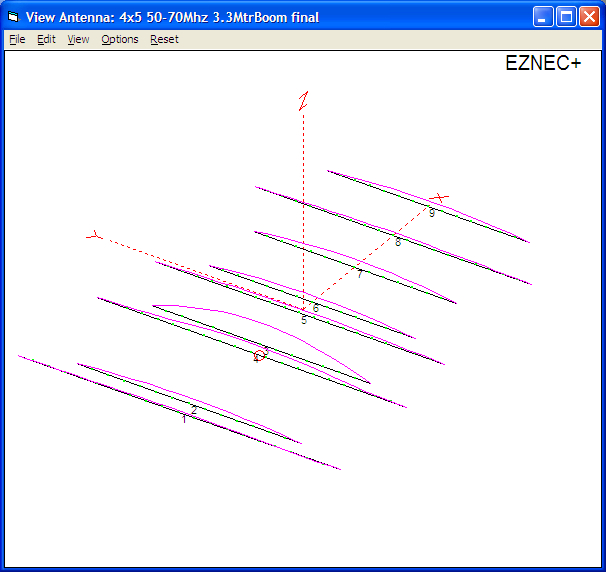 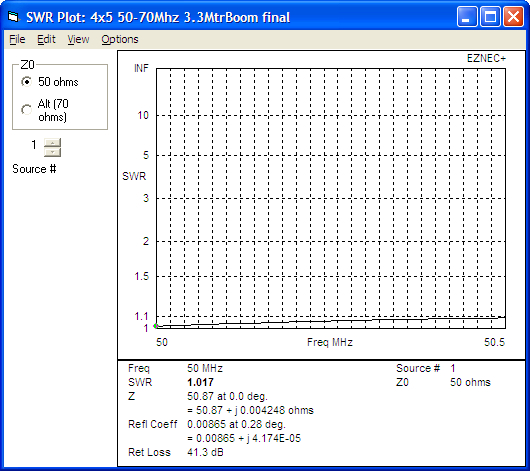 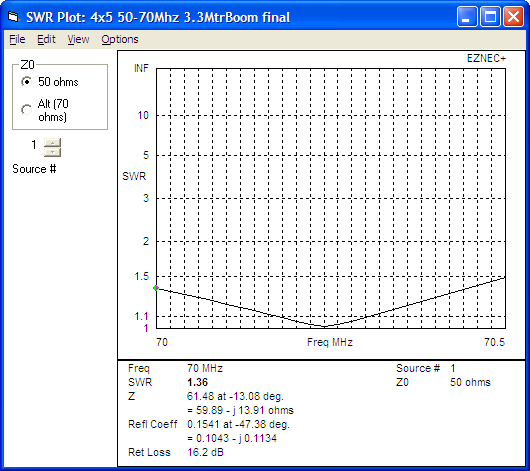 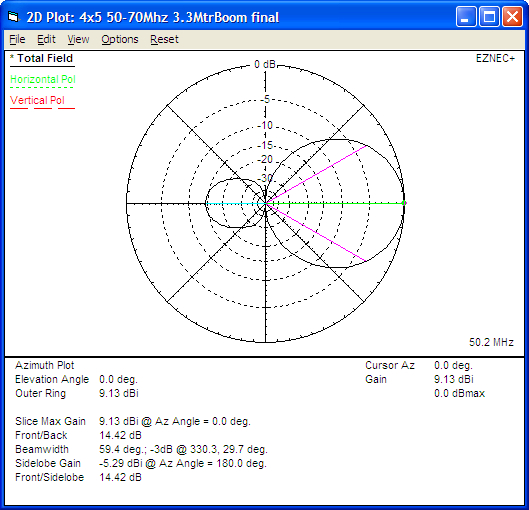 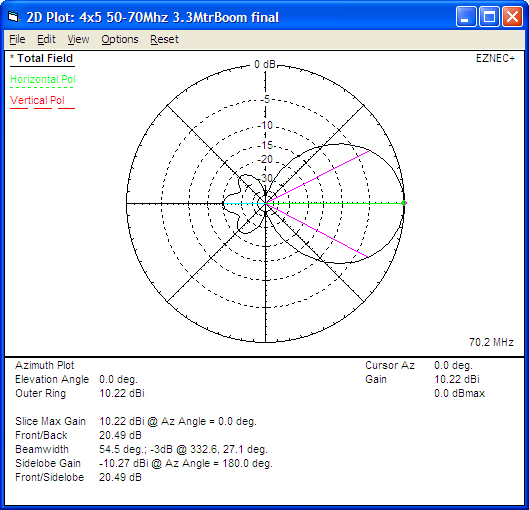 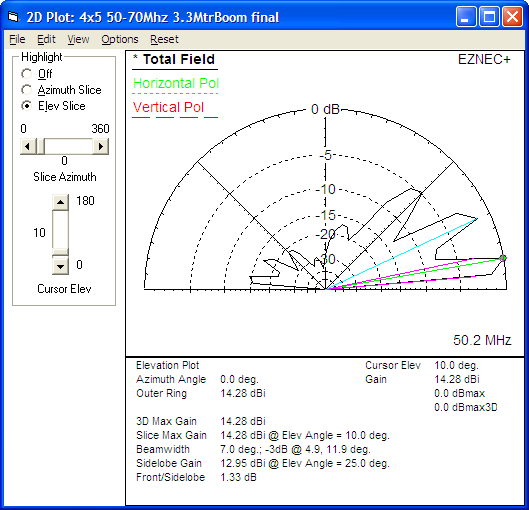 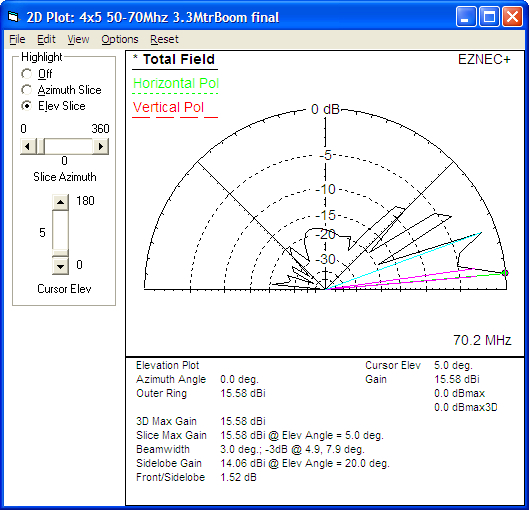 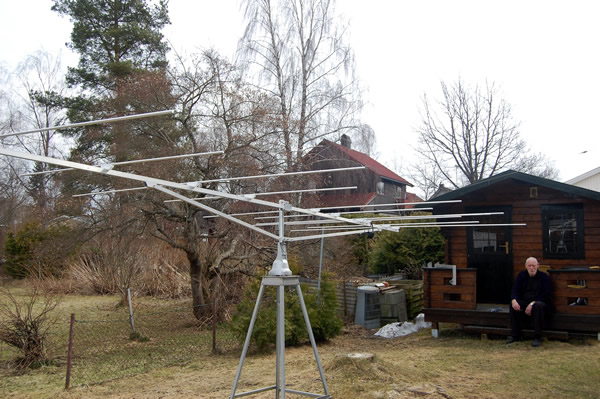 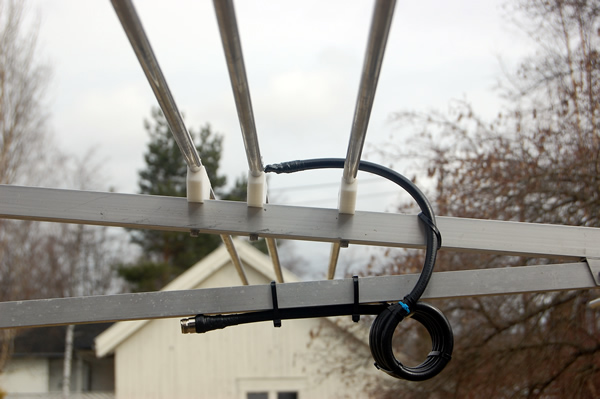 A nice neat feedpoint on this well supported antenna 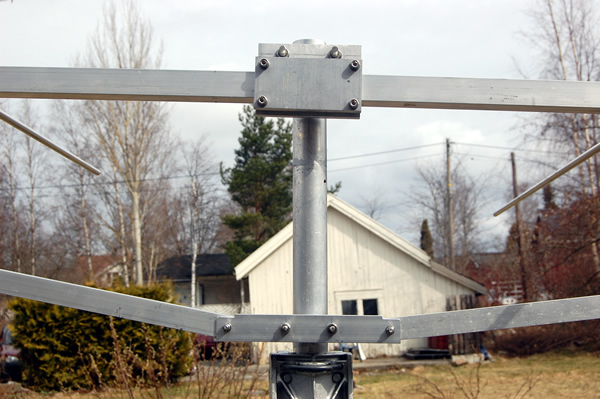 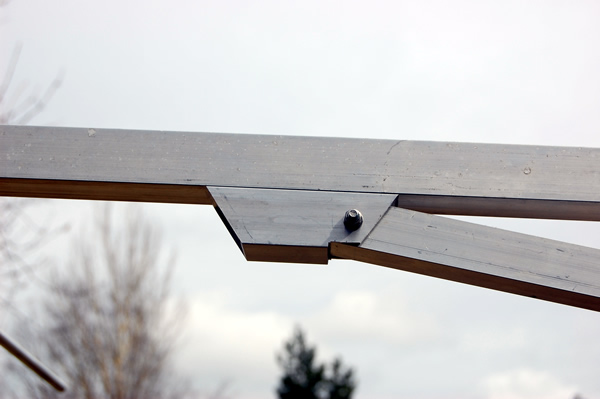 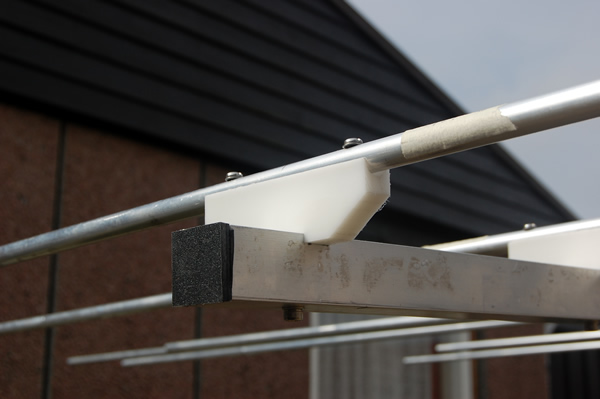 To finish off, LA8AV and LA5ZK made their own insulators throughout. Great job guys