I am particularly pleased with this design as I have not seen anything similar around on the Internet today yet with many HF radios including  six metres and occupying the same SO239 socket on the back of the rig, a good beam for ten and six was a must!

This is what is known as an 'interlaced' Yagi as both a 28Mhz beam and a 50Mhz beam (there are no common elements) are interlaced and sitting on the same boom.

The next interesting feature is the fact none of the 50Mhz elements are physically connected to the feed point. The 50Mhz antenna is feed by it's closeness to the 28Mhz elements. i.e. the driven element of the 50Mhz Yagi sitting closely to the 28Mhz driven. It is a little more technical than that but so as the masses can understand how it works. This antenna performs as a 4 element beam on ten metres and a 5 element beam on six metres.

The image below shows how the antenna looks. The 28Mhz and 50Mhz antenna elements are easily seen apart. These images are produced with EZNEC+ whilst the balance of images below are produced within 4nec2. 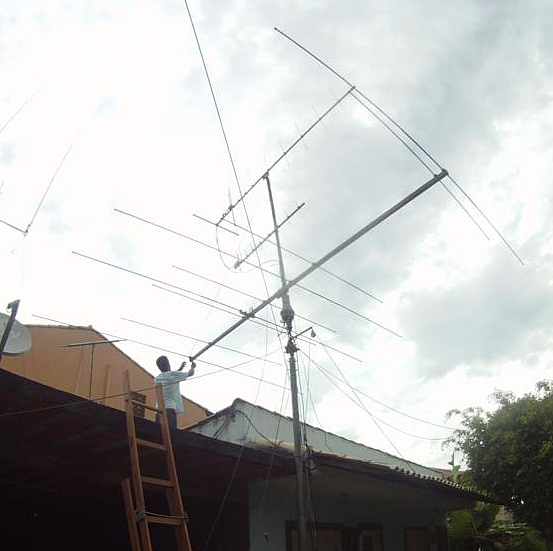 Installed and built by PY1XZ 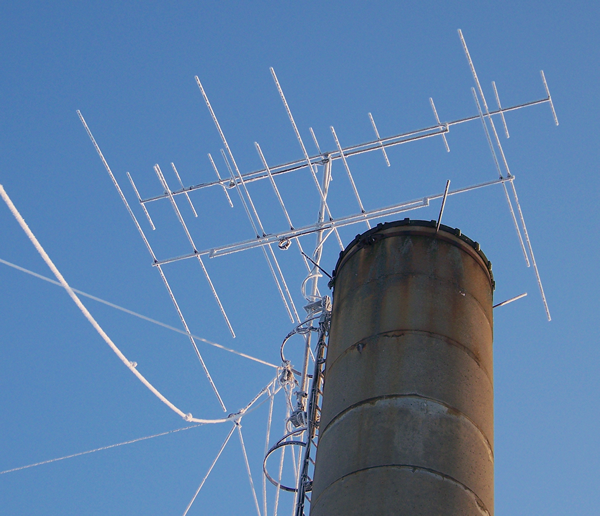 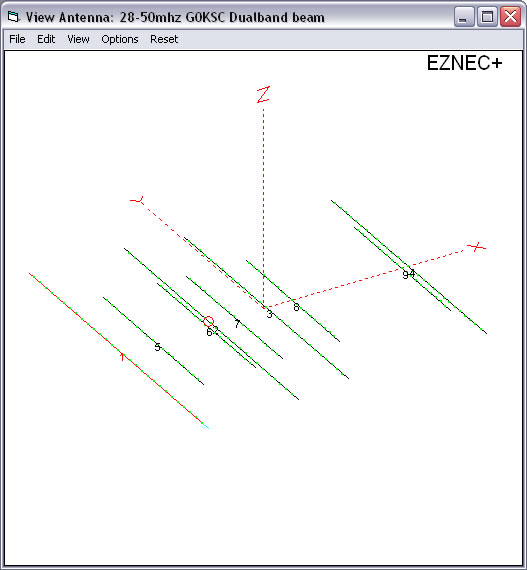 Current distribution for each band is highlighted (pink lines) within the 2 images below. The further away the pink lines are from the element, the higher the current at that point within the element. The first image is for 28Mhz and the second image represents 50Mhz. 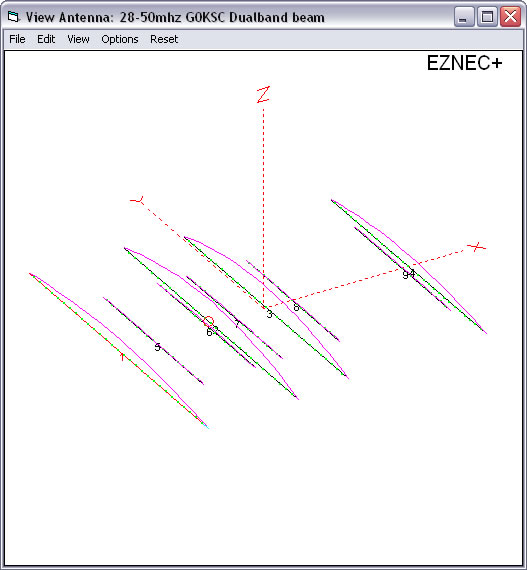 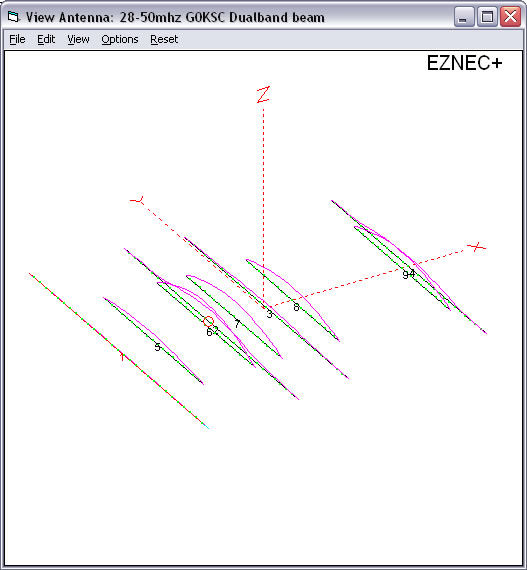 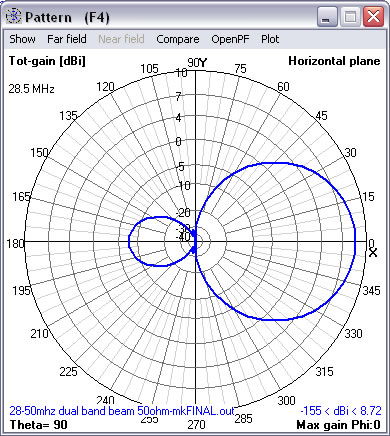 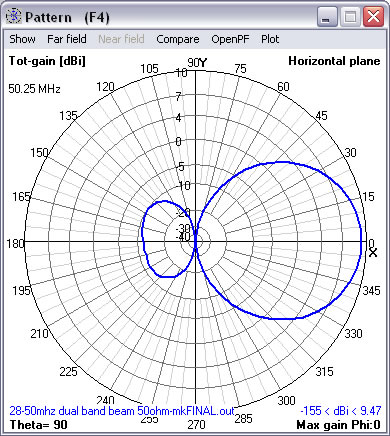 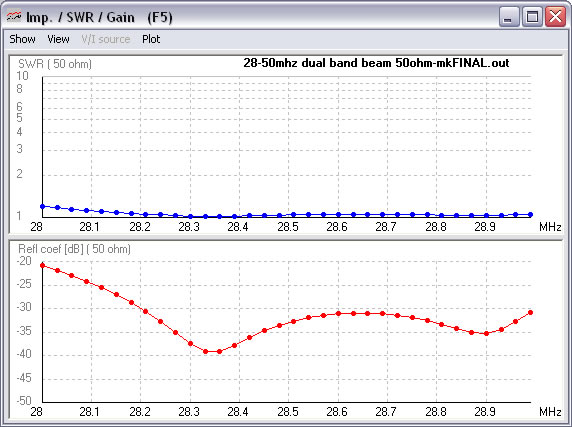 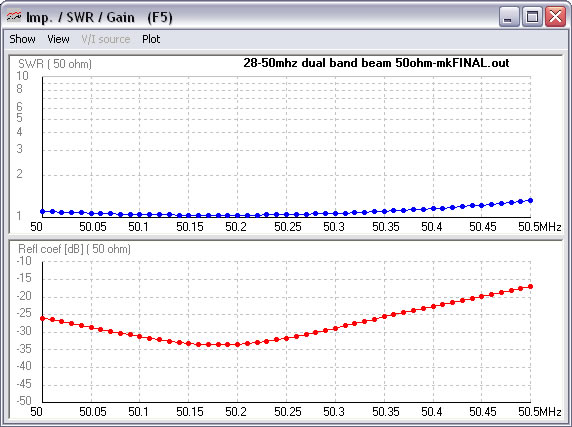 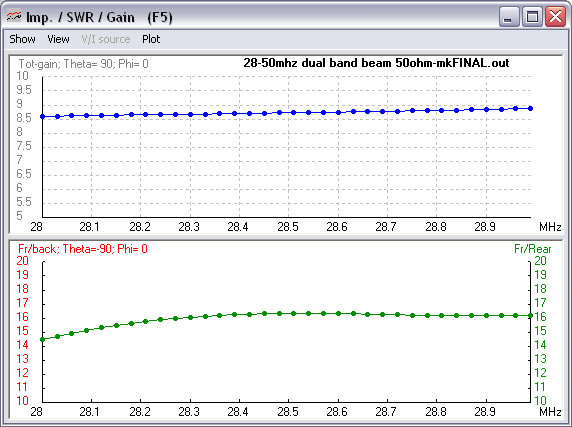 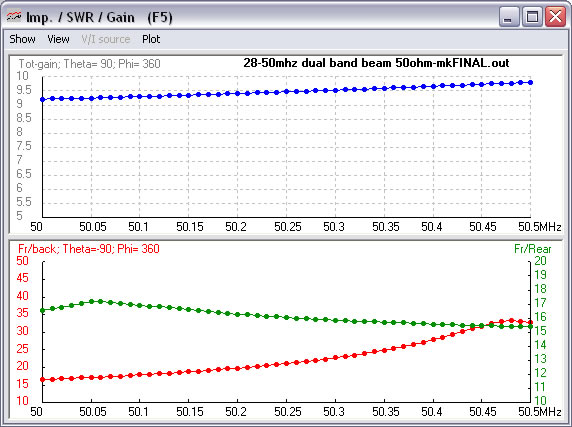 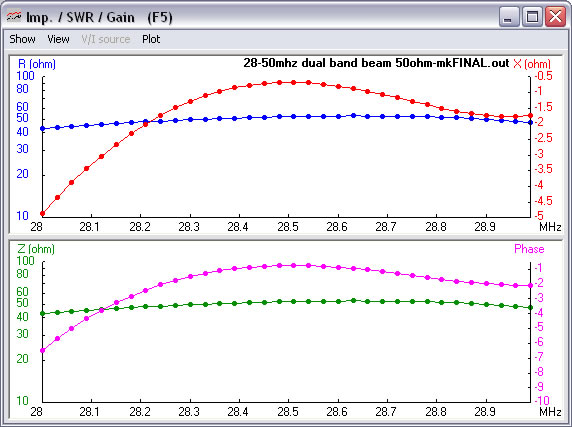 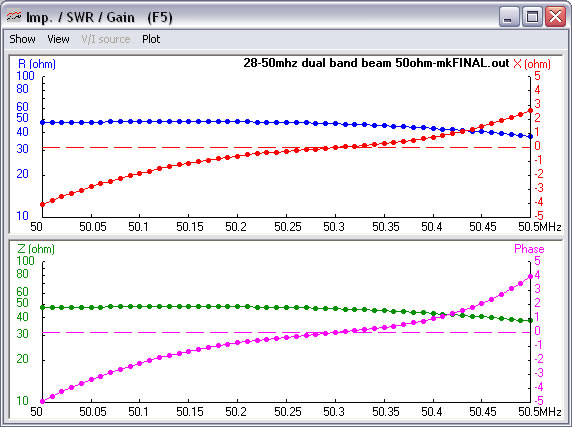 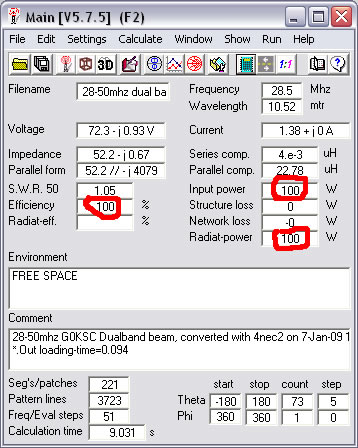 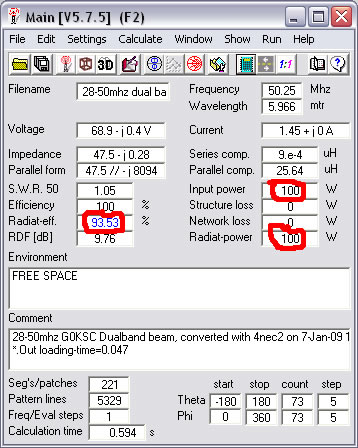